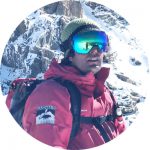 Billa was born in Gulmarg and he is skiing since he was four years old. He’s the leader of the team. He started guiding in Himalayas in 1996 when there was no Gondola or skilift in Gulmarg, Kashmir. He is the first qualified skiguide in India and was the first guide to introduce freeriding in Gulmarg, Kashmir, Himalayas. For Billa Kashmir Heliski is his passion not a business, he loves to guide people in his Himalayas.

He started a charity program with New Zealand K2 ski distributor Martin Jones in 2006 in Gulmarg, Kashmir and trained hundreds of locals and provide them free ski gear, who are now working as guides and ski instructors with many ski tour operators in Gulmarg. And as now the whole community of Gulmarg, Kashmir is involved in the ski industry. Its Billa’s dream to make Kashmir Himalayas a great  ski destination, Billa also works with the Government of Kashmir tourism to introduce more new ski resorts in Kashmir Himalayas.  Billa went to New Zealand to study snow science in Otago Polytechnic College and in 2011 Billa started the Kashmir Heliski operation in Gulmarg. As you can imagine the helicopters gave Gulmarg ski resort a completely new dimension including rescue facilities and access to the entire range of Pir Panjal Mountains in the Himalayas. From last eight years Billa has rescued nearly thirty backcountry skiers and snowboarders in Gulmarg which where caught in avalanches or got lost. Billa’s helicopters are the only rescue helicopters in winter in Gulmarg Kashmir ski resort. 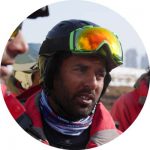 Musha is a local of Gulmarg. He studied Bachelors of Arts at the Kashmir University. Skiing has always been his passion, and has won many international free ride events in Gulmarg. He has been skiing in Gulmarg for the last 16 years. In 2004 he joined Gulmarg Powder Guides, a company which was directed by Billa Bakshi like Kashmir Heliski. Musha is now a lead guide for Kashmir Heliski, and has been trained to international standards in avalanche safety by top New Zealand guides for 7 years. He has also done his Avalanche 1 Level AIARE by american standard as well as his guide licence from the J&K Himalayan Tourism Departement. 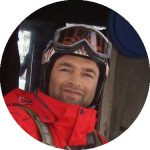 Mir is guiding here in our Pir Panjal Range for the last 10 years. He’s one of our very experienced local ski guides. He has won a couple of national free ride skiing competitions. Mir loves backcountryskiing and of course heliguiding. He’s been a heliguide with Kashmir Heliski since the beginning, and was previously working for us with Gulmarg Powder Guides. He has been trained to international avalanche safety standards by top New Zealand guides. He has also done his Avalanche 1 Level AIARE by american standard as well as his guide licence from the J&K Himalayan Tourism Departement. 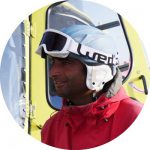 Ali joined Gulmarg Powder Guides in 2006 and has been working as a heliguide for Kashmir Heliski since 2010. He’s also a local and has more than 15 years of skiing experience here in the Pir Panjal Range of the Himalayas. He is the favourite guide of our backcountry clients; he knows the mountains like the back of his hand. He has been trained to international avalanche safety standards by top New Zealand guides. He has also done his Avalanche 1 Level AIARE by american standard as well as his guide licence from the J&K Himalayan Tourism Departement. 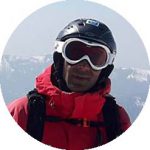 Nicknamed after an old Bollywood star, he has been skiing in Gulmarg since 1995. A fantastic and athletic skier, Methun is also a local guy and one of our best backcountry/heliguides. He’s always keen to get out with clients and have a good time in the mountains! He’s been trained to international avalanche safety standards by top New Zealand guides. 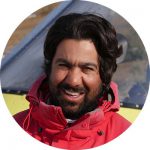 Tariq is the youngest of our guides but not any less experienced; he’s been skiing and living in Gulmarg since the age of 8. He’s a chill guide and happy to be in the heli or in the backcountry! He’s been trained to international avalanche safety standards by top New Zealand guides. He has also done his Avalanche 1 Level AIARE by american standard as well as his guide licence from the J&K Himalayan Tourism Departement. 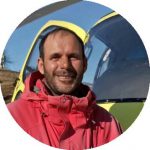 Fayaz was skiing from a young age and was skiing for national ski team for 8 yrs , he is guiding from last 10 years in Himalayas backcountry guide as well as Heli guide. he is one of the guide who loves to do lots of ski touring and backcountry skiing. 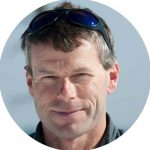 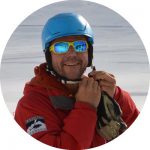 Dean is a qualified IFMGA / UIAGM mountain and ski guide. He has over 20 years of guiding and 30 years of climbing and skiing experience both within New Zealand and internationally. After successfully summiting Mt. Everest (8848) nine times, Dean also became the first New Zealander to summit Mount Everest from both North and South sides. Dean has accomplished many other significant climbs including three other 8000 metre mountains. He has also climbed six of the seven highest peaks of the seven continents (The 7 Summits). Dean is the former Chief Guide for Harris Mountains Heli-ski New Zealand and after 11 years in this position has taken a step back from that role to enjoy more skiing and climbing for himself. Dean has had 3 years as a Lead Heliski Guide working for both Himachal Heli Skiing in India and TLH Heli Skiing in Canada plus a season or two skiing and climbing in Chamonix, France. 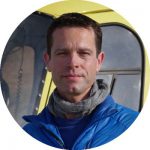 We’re excited to have Captain Reto Mueller from Switzerland with us this year. He is an extremely accomplished pilot coming from a family of big aviators he acquired his first Licence at just 15 on fixed wings and his favourite helicopter. Reaching 10`000 Hours total flight time this season.

Reto loves the mountains and when not flying he can be found ski touring, climbing, mountain biking, paragliding, of course ski and snowboarding. 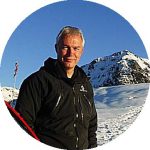 Juerg is a mountain person and a passionate pilot. He has been an active paraglider before he started his education as a helicopter mechanic in 1993. He is flying helicopters for twenty years, seventeen of them as a commercial pilot. Besides his flight experience in airplanes, Juerg has logged more than 6.000 flight hours in helicopter cockpits with tasks ranging from supplying goods to remote alpine huts to scenery flights with film crews and many more duties. He is rated as a flight instructor and trains pilots in high mountain and glacier landings. Thatâ€™s why he has accumulated an impressive number of close to 15.000 high mountain landings. 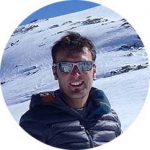 Erwin is a Swiss Commercial Pilot. He loves outdoors, mountains, mountainbiking, skiing and especially doing such things with his family. He’s been involved in aviation since 1998, flying fixed wing and later as a helicopter mechanic. Flying helicopters since 2005, Erwin has exposure to a large variety of flying operations from the cold climate in the Canadian Yukon to tropical flying in the jungles and rugged highlands of West Papua. His favorite places to fly are the mountains however, so we’re excited to have him in Gulmarg. He’s logged a total of more than 2200h in helicopters.

Our AS 350 B3e from Eurocopter – especially adjusted for high altitude and cold temperatures.

Our new helicopter of the type AS 350 B3e von Eurocopter (2012 model), give our company an extra safe touch and make it to the safest in the entire Himalayas. We are THE company in the Himalayas who never had any incident or accident. This type of helicopter is especially made for such an extreme terrain like Gulmarg. The B3e can handle the extreme altitude and the cold temperatures easily. If the weather allows us we can land up as high as 5.000 meters above sealevel. The helicopter offers a seating capacity of 5 passengers and one pilot. We only transport 4 passengers to offer you an higher comfort. Our heliski operations is certainly something special in this world. Our choppers fly from the capital of India – New Dehli within 4-5 hours to Gulmarg. If the weather doesn´t cooperate it can take the Helis also multiple days to reach us.

RIDE THE HIMALAYAS WITH US